I like this. I really do. From The Australian.
KEYSAR Trad, the long-time spokesman for Muslim cleric Taj Din al-Hilali, was yesterday (it is tomorrow in Australian already) denounced as "racist", "offensive" and "untruthful" by the Supreme Court judge who rejected his defamation claim against radio station 2GB.
Judge Peter McClellan said he agreed Mr Trad "incites acts of violence, incites racist attitudes, is dangerous and perhaps most significantly is a disgraceful individual".
He added that the founder of the Islamic Friendship Association held views that were "entirely repugnant" to most Australians. They included:
* Defending the stoning of a women for adultery in Nigeria;
* Condoning suicide bombers and the use of children as martyrs;
* Calling homosexuality "a depraved carnal pursuit" that should be criminalised;
* Regarding Anglo-Irish Australians as "unworthy descendants of criminal dregs";
* Joking about rapes committed by the Bilal Skaf gang;
* Believing America poses a greater threat to Australia than radical Islam; and
* Endorsing Hilali speeches which described the September 11 attacks as "blessings" and excused rapes on women who dressed like "uncovered meat".
Mr Trad had also hosted a web page with links to anti-Semitic sites and Adolf Hitler's manifesto Mein Kampf: "He must be regarded as having apparent sympathies for the views of Adolf Hitler," Justice McClellan said.
He said Mr Trad had never condemned the sheik's views, which he suggested on many occasions would have been "the only appropriate response".
Mr Trad, who faces up to $400,000 in costs, was devastated by the decision and said there would be an appeal. "I disagree with the judgment and what the judge said about me," he said.

reactionry
The Fatal Sharia
Or: Alfred The Great Yodeller
Or: Don't Trad On Me
Or: The Pickelhaube In Mitteleuropa
Or: Bitte Dregs
Or: I Don't Know What The Term For It Is In Australian
Or: "She Got The Mine; I Got The Shaft"
Or: Shutting Up The Von Trapp Family
Or: It's The House Of Hanover, Hans Down
Or: Don't Offgepisse Ruth R. Wisse
Hang der Keysar!
Hah-hah. Und you Saxons sink zat ve haff no zense of humour. I vill grant zat you Tommies, havink kicked meinen Imperial ambitions into eine cocked Pickelhaube* in vot became known as der First Vorld Var, haff demonstrated courage matched only by your legendary Britisher reserve, untenstatement und Please-und -Tank-You politeness - zat ist to say, Lions led by donkey chain.  Getten Sie it?!?
Und speakink of chains, ve vere chained nicht to ze corpse of Australia, but Austria.
Vielen Dank to Johann M. Joyce for ze goot verds earlier.  Dey might help me getten out of here (I vould love to get a chance to haunt die Arc de Triomphe); dat, und apologies fur mein post-var anti-Semitism.  I vill ask Mercury to send a bouquet of blumen (I fear beink jilted because, due to ze heat down here, zey vill probably be vilted) to Ruth who boxed Henry Louis Gates soundly about ze ears mit die "sweet science" by givink him der alte Wisse[n] Schaft.
-Sigh - It's hell beink in Hell.  I don't suppose I vill be gettink any letters of recommendation down here from Herr Fitzgerald, who defended ze actions of Italians during ze Second Vorld Var, vhile he setz high up on ein hilltop like a lonely Goethe, borne up Vesuvius by "brawny Neopolitan youths" mitout ze sound of "Funiculi, Funicula." Und speaking auf awful noises, I must deliver some brickbats to shutten ze trap of der Alfred Jodl yodel**.
By der vey, Frederick ze Great vants you to know zat he vas only kiddink ven he sprach about inviting in ze Musselmen.
- Cousin Villy
* See also the common heritage of Hengest, Horsa and Hogan: 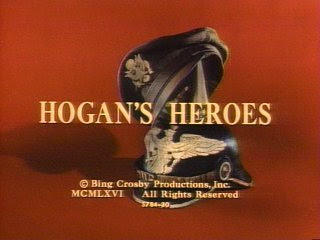 **  From Sergeant Pepper's Lonely Old Goats Club Band:
http://www.youtube.com/watch?v=QPelZL954IY
[I apologize to JMJ for not leaving Cousin Willy out of this, but how are you going to keep the good House of Hanover down in hell once they've seen gay Paree?]

I like Judge Peter McClellan, I really do.  He seems to have his commonsense button switched "On", plus a fully-functioning BS Detector.   I love, how I love his phrasing -  "a disgraceful individual".  I wonder what his tone was as he pronounced it?   Oh to have been a fly on the wall of that courtroom when that peroration was delivered.

Given that this is a judge of the supreme court, it seems to me that any further appeal by Mr Trad is likely to be shot down in flames.

Of course, what needs to happen now is for the reporter and editor at The Australian to do a little quiet lurking at this and at other sites such as jihadwatch, or pick up a book or two by the likes of Nonie Darwish and Robert Spencer and Andrew Bostom, so as to discover that every one of the repugnant attitudes manifestly held and expressed by Mr Trad (e.g. misogyny, homophobia, antisemitism) and so ably  enumerated and condemned by the Judge, are the fruit of mainstream Quran-Sira-Hadith Islam.  That there are millions upon millions of Keysar Trads (and worse) out there.