‹‹ With The Current Plan, And The Further Squandering Of Money To Defeat "Violent Extremists," Cuts In Medicare Inevitable
?Quizzical? emoticons fill gap in expressions market ››

I'm sure NER readers will be relieved to learn that a new edition of Fowler's is coming out with the blood pumped back into it that had evidently been drained from the last edition. Luckily, I am in possession of a 1957 edition - true to the original - given to me some years ago by a thoughtful friend. (h/t: Arts & Letters):

Henry Watson Fowler’s Dictionary of Modern English Usage is an unabashedly prescriptivist tome, which is to say that it doesn’t waffle in describing the right way, and the wrong way, to use English words. The archetypal usage manual, commonly called just “Fowler’s,” was initially published in 1926. It has undergone two revisions since, the product of the first of which, a book judiciously and lightly edited by Sir Ernest Gowers, was released in 1965. F.W. Bateson, the English literary scholar, reflected the general feeling when he wrote that Gowers was “remarkably successful . . . in retaining Fowler’s ipsissima verba while making the minor corrections and qualifications that time has made necessary.”

Similar approbation did not greet the second revision of Fowler’s, published in 1996 and helmed by the late lexicographer and linguist Robert W. Burchfield. John Simon, reviewing that book for the New Criterion, wrote that Burchfield — who before editing Fowler’s had edited both the Oxford English Dictionary and the Cambridge History of the English Language — had “made himself a true citizen of Oxbridge.” “But an ox bridge,” Simon quipped, “can be no better that a pons asinorum.”

The trouble, simply put, was that Burchfield had expunged Fowler from Fowler’s. Gone were some of the original author’s beloved subheadings (“Pairs and Snares” was pared, “Unequal Yokefellows” unyoked) and gone, too, was his jaunty, slightly mischievous, scything-while-grinning tone. Most objectionable was that Burchfield had changed Fowler’s from a prescriptive book to a descriptive one. Usage was no longer to be judged but understood. Entries that had earlier attacked ambiguity, castigated the careless, and lowered the boom on barbarism were suddenly more interested in explaining the origins and development of the English language’s scofflaws than in pointing them out and locking up. The warden had become the prison psychologist.

William Safire wrote that the first Fowler’s was “a body-and-soul book, rambling through the byways of usage” and “written with a style all its own: certain, authoritative, unafraid to make decisions.” Burchfield’s edition is not at all that. It is a fine reference manual assembled by a first-rate scholar, to be sure, and anyone seeking edification about the historical iterations of words and phrases would do well to consult its pages. But it does not follow its predecessor on a merry march through the English language, nor does it do much for Henry Fowler’s originally intended reader, that “half-educated Englishman of literary proclivities” who just wants to know: “‘Can I say so-&-so?’”

Today’s half-educated supplicants, those less than obsessive about scouring used-book shops, have had to content themselves with Gowers’s interpretation of Fowler’s because the original version was long out of print. And young people growing up on Burchfield’s book no doubt find Fowler’s just another among the plodding reference manuals to be occasionally consulted and then quickly reshelved. Not a fine state of affairs. Thankfully, Oxford University Press has now swept to the rescue with the rerelease of the first edition, in effect putting Fowler back in charge of Fowler’s...

reactionry
Original Sin & The Original of Fowler
Or: The Tree of No-Nothing
There's no forgiveness for not noticing that Putting Fowler Back in Fowler's was not authored by Mary Jackson.  I feel as dumb as a stump for being so deaf to the post and must, of course, apologize to the Editor.

reactionry
Sometimes A Cucumber Is Just A Pickel
Or: Sometimes A Pickelhaube* Makes A Puddle In The MIddle Of The Diddle
Or: "The Yellow Peril"
"a collaborative or team effort with R. W. Burchfield at its head"
As VN didn't quite ask, let alone verbalize, "Is there a difference between Mist and 'Mastheaded'?"
(I'm not sure that schoolmarm Mary would have approved of something vaguely recalled from an ad broadcast on NPR a couple of weeks or so ago: "blah, blah, blah.....a tax-advantaged way of....blah, blah, blah)
"There’s the Great Helmsman Chairman Mao, described steering the ship of state even as he swims the Yellow River..."
As schoolmarms are well aware, a favorite kiddie classic is The Yellow River, by I.P. Daley. I've already inflicted upon the Genital Reader the apocryphal account of the kidnapping by North Korea's Kim Jong-il of a Swedish cinematographer who was forced to produce I Am Curious (Yalu).  Which wasn't as dreadful as the horror flick staring Freddy Cockney**, Nighmare On 'elm Street.
"...like the man who forgot to take his Viagra, disappointedly underhelmed."
Moving beyond "helmed" and "underhelmed" to the cruel schoolyard taunts of "wears a helmet," "retard," (even "retarded" is now verboten) and "rides the short bus," one may or might ask if that man above had a big, or a little, "fireman's helmet."  -A few of which*** could be confused with the Pickelhaube - As in "Hava Tampa?  Nein, Danke; Ich Pickel habe."
* 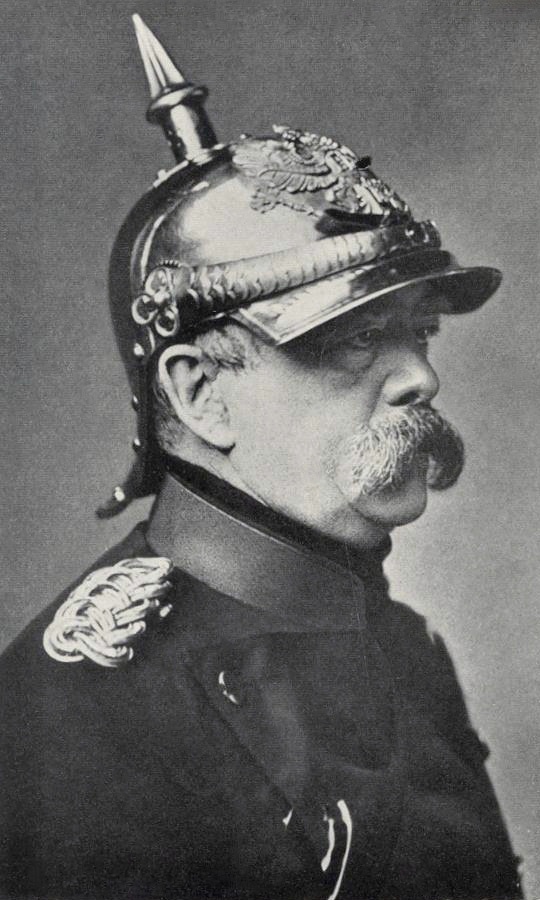 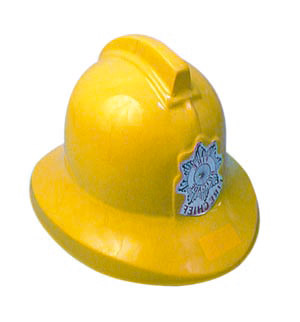 reactionry
Putting The Willie Back On Fowler
Or: Gimmie Gamey Tastin' Game
Or: Of Poachers & Poached Eggs
Or: An Exaltation Of Earps
Or: Does Hugh Hew To The Views Of Helms?
Or: Good Egg Benny Goes Over The Hill
It's a testament to my Philistinism and stupidity that I had glanced at several posts in recent years which had mentioned the Dictionary of Modern English Usage without Henry Watson Fowler's name sinking into the gray matter and that, no word of a lie, for a split-second today I thought that the title of MJ's post referred to the fellow who could be thought of as in "Putting Fowler Back In Fowling" or as in Shakespeare's overlooked and underdone classic, Omelette, aka A Murder of Cormorants [or crows, I suppose] Most Fowl, in which actors dressed as eggs (sans paper bags) exit, pursued by herds of wandering bears crying The game's afoot!
I shall try to avoid confusing the two Fowlers by remembering the Watson one as a "Dr." of English -speaking elementarily -and the Willie one (who had more of a cookbook approach to language) as a "Ghillie" - if the suit fits, that is.  And I'll try to avoid conflating the two ala baking gerundives. Which should not be confused with the act of baking gerundives, the result of which is "unbelievable" and for which the best advice is "Throw it away."
Parliamentarily speaking, pace Hugh, the result of Sautéing Strigiformes would surely be owlful.  And it's a mite surprising that he, Hugh, who (You Hoo Hoo, sayeth the owl) could probably find something in common between Griboyedev and Jesse James (he did with Wyatt Earp) didn't hew something out of Jesse Helms.
http://www.newenglishreview.org/blog_display.cfm/blog_id/3306
http://www.newenglishreview.org/blog_display.cfm/blog_id/2048

Not-so-great-minds and poor cartoonists think alike.  The game warden is difficult to discern on account of the ghillie suit camouflage.

The otherwise excellent review by Liam Julian contains one inaccuracy. He writes ?[t]oday?s half-educated supplicants, those less than obsessive about scouring used-book shops, have had to content themselves with Gowers?s interpretation of Fowler?s because the original version was long out of print.? The original Fowler can be found at bookshops and library sales all over the place, I pick one up every month, but I leave a dozen more on the table.

And there is one infelicity, which I prescriptively denounce, in this: "helmed by the late lexicographer and linguist Robert W. Burchfield?"

"Helmed"??Well, there?s the Italian national anthem, which refers to how the part of northeastern Italy won from the Austrians now completes the ?helmet of Scipio?: ?Fratelli d'italia, l'Italia s'? desta, dell'elmo di Scipio s'? cinta la testa, dove ? la vittoria le porga la chioma ecc? There?s the Great Helmsman Chairman Mao, described steering the ship of state even as he swims the Yellow River ? water, water everywhere ? in Simon Leys? ?Les habits neufs de Chairman Mao.? But choosing to use the phrase "helmed by the late lexicographer"?to describe what was, I assume, ?"a collaborative or team effort with R. W. Burchfield at its head" ?is, for those who are not descriptivists (the ?all-is-permitted? linguistic alyoshas whom ?a Parliament of Fowlers couldn?t persuadethat they were wrong, because for them, when it comes to language, ?there is no right and there is no wrong) ?but prescriptivists, schoolmarms such as you, such as I, who will, given the high intelligence of the rest of the review, find ourselves, just at that one phrase, like the man who forgot to take his Viagra, disappointedly underhelmed.