Back in the early '60's I was in an MBA program at the Graduate School of Business at Columbia University. We had a quiet hero in our midst, Yitzhak Ahronovitch, who was the skipper of the fabled  Jewish  immigrant ship, The Exodus that dramatically ran the British blockade in the waning days of the Palestine Mandate just prior to the establishment of the State of Israel.  Leon Uris's book novel and later film,  Exodus,   had thrown a spotlight on this dramatic episode in 1947 involving Haganah commamder Yossi Harel , portrayed in the film by the late Paul Newman.  The skipper does not appear as a character in the film version directed by  Hollywood legend , Otto Preminger.

As graduate students and budding Zionists at Columbia in those days we were proud to have  Ahronovitch discuss the exploit that had caught the world's attention.  Doubtless at the Columbia U of today, he would have been boycotted by pro-Palestinian campus advocates at my alma mater.

Ahronovitch passed away Weednesday  in Israel, aged 86 years.  The  New York Times and the Jerusalem Post ran obituaries featuring his pivotal role in this signature event  leading up to the founding of the State of Israel.

Here is the Times obituary:

Yitzhak Ahronovitch, the captain of the refugee ship Exodus, whose violent interception by the British Navy as it tried to take thousands of Jewish refugees to Palestine in 1947 helped rally support for the creation of the state of Israel the next year, died Wednesday in northern Israel. He was 86. 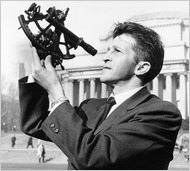 The Exodus, a ship used to try to take Jewish refugees to British-controlled Palestine in 1947.

An antiquated former Chesapeake Bay steamship originally known as the President Warfield, the Exodus 1947, as it was formally renamed, was acquired by the Haganah, the Jewish paramilitary organization, in 1946. The group planned to use it to transport refugees, most of them Holocaust survivors, to Palestine, then under British control.

The refugees had no legal authority to enter Palestine, and the British were determined to block the ship. In the battle that ensued, three Jews aboard the Exodus were killed. The ship’s passengers — more than 4,500 men, women and children — were ultimately deported to Germany.

The attack and its aftermath, which focused attention on the plight of many European Jews after the war, made headlines worldwide and helped marshal support for an Israeli state.

In a statement on Wednesday, Shimon Peres, the Israeli president, said Captain Ahronovitch had “made a unique contribution to the state which will never be forgotten,” Agence France-Presse reported.

The story of the ship’s thwarted journey formed the loose basis for Leon Uris’s novel “Exodus,” published in 1958. In 1960, the novel was made into a film starring Paul Newman as a character based on Yossi Harel, the overall commander of the Exodus operation. Neither book nor movie, apparently, included a character based on Captain Ahronovitch.

Yitzhak Ahronovitch, familiarly known as Ike, was born in Poland in 1923. (His family name has been rendered in news accounts over the years as Aronowicz, Aronowitz, Aharonowitz and Aharonovitz, among other spellings; his first name was sometimes given as Yehiel.) At 10, he moved with his family to Palestine.

As a young man, he was a member of Palmach, the Haganah’s strike force, The New York Times reported in 1961. In World War II, he sailed on British and Norwegian merchant vessels.

Captain Ahronovitch was 23 when he took the helm of the Exodus. On July 11, 1947, he picked up the refugees at Sète, in southern France. On July 18, as the ship neared the coast of Palestine, the British Navy intercepted it. Captain Ahronovitch tried to break through, but two British destroyers rammed the ship.

Several hours of fighting followed, with the ship’s passengers spraying fuel oil and throwing smoke bombs, life rafts and whatever else came to hand, down on the British sailors trying to board, The Times reported at the time. Soon the British opened fire. Two immigrants and a crewman on the Exodus were killed; scores more were wounded, many seriously. The ship was towed to Haifa, and from there its passengers were deported, first to France and eventually to Germany, where they were placed in camps near Lübeck.

Afterward, Captain Ahronovitch lived out of the limelight. In the early 1960s, he studied for a master’s degree in business administration at Columbia.

His survivors include two daughters, seven grandchildren and two great-grandchildren, The A.P. said.

For five years after its violent end, the Exodus lay derelict, moored off Haifa. In 1952 it burned to the waterline, and in 1963 it was scrapped.