Lloyd Scott is something of a local hero.  This afternoon he finished the London marathon is what I believe is a record time, and his personal best time ........... for slowness.  In 2002 Lloyd completed the event in 5 days, wearing an old fashioned brass diving suit.  This afternoon, dressed in armour as St George, and pulling a dragon he completed the 26 mile course after 8 days. He has been part of an effort that has raised nearly £2 million for children's charities.

He is, of course, barking mad.  In the nicest possible way. 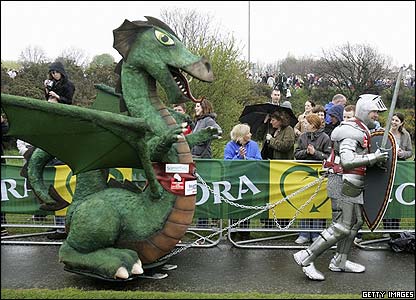 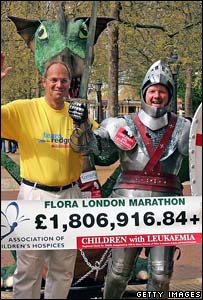 Mary Jackson Apparently his nickname is "That Bloke".

Give that man a jammy dodger. And a beer, never mind the tea.