‹‹ Carry on up the Kaba
Theodore Dalrymple on free speech ›› 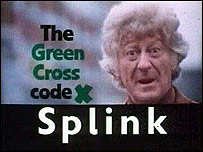