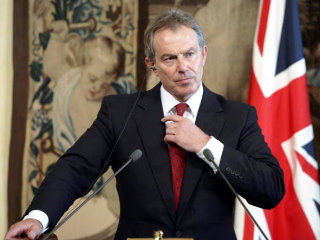 What's this nutter going to ban next?

Simon Heffer in The Telegraph talks sense on this wretched Labour Government's craze for banning things:

Like most patriotic people, and in the spirit of the times, my mind has been concentrated these past few days on the issue of single most importance to our society: what we can ban next.

This week key steps have been taken to restrict and trammel activities many of us have taken for granted as quite lawful. If you smoke, you soon won't be able to do it in an "enclosed space", unless you happen to be in prison at the time - in which case, your luck's in.

We have also taken a crucial step towards an even greater attack on our liberty: the day comes nearer when, just for going about your business, an officer of the law will be able to stop you and ask you to prove your identity.

And if you are some vile, contemptible little nutter who likes to go around saying al-Qa'eda is glorious, your historic right to make a berk of yourself has been removed, too. And, for this, we are all meant to feel safer and happier.

Ironically, this flurry of proscriptive activity comes as we are celebrating the anniversary of the last thing Labour thought it could ban: foxhunting. What a huge success that has been. More foxes have been killed in the past year than ever, partly because gamekeepers who used to leave them for the hunt now make a point of shooting them.

And shooting foxes is not nearly so humane a means of killing them as is the instant death of being set on by a pack of hounds, so the idea that cruelty was going to be ended by banning hunting has turned out to be drivel, too.

More people are hunting now than was the case a year ago, which only proves the point that the best way to make something really appealing is to make it illegal. I am sure that Sir John Mortimer, who graced our pages this week to state he had taken up smoking to mark the introduction of the ban on doing it in public, will not be the only person tempted to try out the weed, and to discover what all the fuss is about.

Similarly, unformed minds will at this very moment be planning to go on to the streets and do something that might never have occurred to them before: to glorify terror. And there are already legions of people (and I am one of them) who would not dream of carrying an identity card as a matter of course when going about in their own country.

The utter failure of the hunting ban ought to be a lesson to the Government, and to that new breed of MPs who see their job as being not to serve the public, but to control it. Yet we know that it won't. You will think I jest, but how long will it be before a move begins to ban drinking in pubs, too?

The health fascists, sensing they have won on smoking, are already making minatory noises about alcohol and, indeed, certain foods.

From where we are now it is a short step to making it a criminal offence for a publican to serve someone who has already drunk his government-specified quota of alcohol for the evening, or to sell such killer substances as pork scratchings to anyone whose body mass index is deemed to be too high.

And, of course, once you ban these things in order to help the public be happier and healthier, it is a short further step to criminalising their glorification - such as arresting the scriptwriters and broadcasters of EastEnders and Coronation Street if people are depicted as having an unduly good alcohol-induced time in the Queen Vic or the Rover's Return.

And there are other killers that need to be controlled. Motoring should obviously be banned at once, and Jeremy Clarkson locked up for glorifying it every week on Top Gear. And, inevitably, the Government will have to get round to banning sex.

After all, as a result of it, people are born who do terrible things, such as joining terrorist organisations, smoking in the presence of others, or hunting foxes. And, worst of all, everyone who is born faces certain death. It's amazing they haven't thought of this before, isn't it?

Winston Churchill smoked, of course, and drank very heavily. Presumably his trademark cigar will be airbrushed out of photographs, as happened with the front cover of a schoolbook about Isambard Kingdom Brunel .

Can I write this piece without mentioning the word "Orwellian"? Yes, I think so.